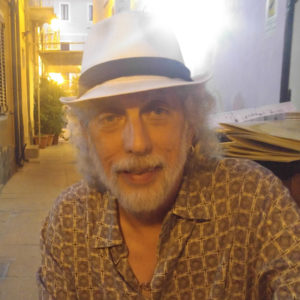 Ed Perrone has been creating and managing online information for astrologers and those interested in astrology since 1990 — before most people knew what a modem was! As Chief Technical Officer for IAA, he is responsible for designing, programming, and maintaining all of the features you find at this web site.

Ed has been involved with astrology since 1968. He has written numerous articles for astrological publications, including 11 years as a columnist for American Astrology magazine. He is the author of the book, Astrology: A New Age Guide (Quest Books, 1983); a former member of the AFAN Steering Committee; and has been active in both AFAN and NCGR.

From 1980 through 1997, Ed maintained a private astrological practice with clients from around the world. In addition to the normal counseling and forecasting activities, Ed became increasingly involved with electional astrology — the selection of an astrologically favorable time to begin an activity. He has maintained an informal study of electional astrology and its “flip side” — the astrological analysis of events — even after retiring from active practice.

On the computer side of things, Ed has been hacking around ever since 1986, when his daughter (then age 12) showed him how to write a simple program in Applesoft BASIC. Shortly thereafter, he purchased a modem (1200 baud — state-of-the-art at the time!) and discovered the wonders and the potential of online communications.

Since the mid-1990s, Ed has focused most of his professional attention on web development and programming, where he has built interactive web sites for a variety of businesses around the world. Most recently, he has been seriously pursuing his interest in composing and recording music, an avocation which dates back to his teenage years. Ed’s web site contains more information on this work, as well as some of his most recent recordings. He also has two astrological sites at MyAstrology.net and CurrentPlanetaryPositions.com.