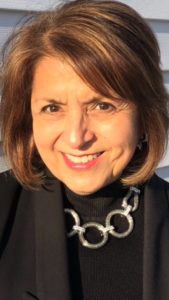 Maria Carrion was introduced to astrology while living in Princeton, NJ, and registered for an intro to astrology class by the late Dr. Kenneth Negus, founder and President of the Astrological Society of Princeton (ASP). She became a member of the ASP in 2004 and continued her astrological studies under Dr. Negus and other ASP Astrologers. A friend later introduced her to New York astrologer Melva Ortiz, a member of the American Federation of Astrologers, who also became an early teacher and mentor, introducing Maria to the works of Dane Rudhyar, Liz Greene, and Stephen Arroyo, which further ignited the spark and Maria’s love affair with astrology. Upon her relocation to her native Cleveland, OH, Maria formally began her astrological studies at the International Academy of Astrology and continues with her studies at the academy in pursuit of the Professional Astrology Diploma.

Maria is a Senior Human Resources Consultant, with over 25 years of business experience in the for-profit and non-profit business sectors. She has held progressively responsible positions in HR management for Fortune 500 companies, mainly in the biotech and the pharmaceutical industries, and has served as an International Consultant, Latin America, for Mercer, a global health and benefits consulting firm in Chicago. Maria holds a Bachelor of Science Degree in Business Administration from Northeastern University, Boston, and a Kent State Certificate in Project Management.

You can make a tax-deductible donation to IAA using a credit card or your PayPal account.

We appreciate your contribution!