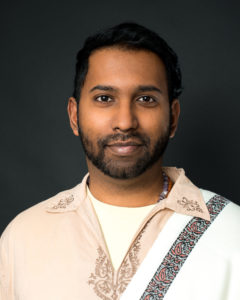 Nāthan Theo Naicker has a background as a petroleum engineer in the oil and gas industry and has been practicing astrology professionally since 2014. He began learning psychological astrology in 2010, then moved onto traditional western astrology with qualifications in natal, horary, mundane, locational, and medical branches. He has a Diploma in Medieval Astrology (Zoller, 2012) and a Diploma in Astrological Studies (Suskin, 2014).

Born into a strong Indian cultural heritage, he naturally gravitated toward eastern forms of astrology. Since 2016, he began studying a holistic form of Vedic astrology in an oral tradition dating back to the 1200s, which combines meaning and techniques from astrological, scriptural, tantric, yogic and omenology in the Indian tradition, and he visits India 2-3 months a year for that purpose.