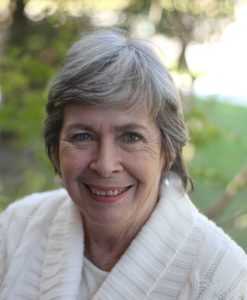 Chris Turner
Life Member of the Board

Chris Turner, began her serious study of astrology in 1971, after a life-long interest in the subject. She began teaching in 1974 and co-founded the Sydney Astrology Centre, the first formal school of astrology in Australia, in 1975.

Between 1979 and 1983, Chris established herself as an international conference and after-dinner speaker. During this time she also published several articles for both serious astrology journals and popular periodicals.

In 1984, she published The Astrology Book of Calculations, a textbook that remains highly respected and in demand worldwide. She established The Chiron School of Astrology – the first school to offer full-time courses in astrology, and regarded as one of the prestigious astrology schools in Australia.

In 1984 Chris also was instrumental in creating the Federation of Australian Astrologers (FAA) Exam Board, becoming a foundation member, and on which she remained as the longest-serving member until 1998.

During the ’90s, Chris served terms as both National and State Presidents of the FAA, as well as Journal Editor, Media Officer and Overseas Liaison Officer. She was a co-founder of the Australian Professional Astrologers Association, initiating the first Professional Register of astrologers in Australia and becoming its first Registrar.

In 1992 she was among the first four astrologers to be given official FAA accreditation as an astrology teacher. In 1994 she was made a Fellow of the FAA, and in 1996 awarded a Southern Cross award for special services to astrology. She was again awarded the Southern Cross award in 2002, this time for Education.

In 2000 Chris came to the IAA, originally as the teacher of the calculation module, joining the Board in 2008. She served as Secretary from 2011 until 2018, when she became Vice President.

In 2010 she coordinated the first Breaking Down the Borders, IAA’s first conference.

Since 1977 Chris has spoken at conferences in Australia, UK, Yugoslavia, and New Zealand, as well as every UAC since 2002. She has appeared many times on national TV programs, wrote a regular column for nearly 20 years, and has also taken part in the various specials made on astrology over the years. She has also been interviewed many times on radio stations and appeared semi-regularly on life-style programs.