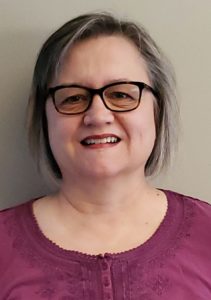 Astrology found Shane in 2005, when she received her first reading after the passing of her mother and paternal grandmother shook her world to its core. This first astrology reading returned sanity to a world gone mad. Her interest in astrology grew until, in 2009, she began to study with her personal astrologer. After her beloved friend, mentor, and teacher passed in 2011, Shane began receiving unsolicited referrals to give readings herself. She began studying at IAA in 2012 after recognizing the gaps in her astrological understanding. Life intervened, and after a slight delay in her studies, Shane graduated from IAA in September 2019.

Shane has served on IAA’s Board of Directors since Spring, 2018, and was elected Secretary in August of that year. In Spring, 2020, she became Operations Manager at the school. She has been involved in the planning of Breaking Down the Borders Conferences, serving on the Tradeshow Team for BDTB 3 and 4, and more broadly involved with BDTB 5.

She left her 28-years-long career with the Federal government in 2019 and lives happily in Lakewood, Colorado, with her dog “Pig.” She spends her time studying astrology, consulting, gardening, and crafting.

You can make a tax-deductible donation to IAA using a credit card or your PayPal account.

We appreciate your contribution!